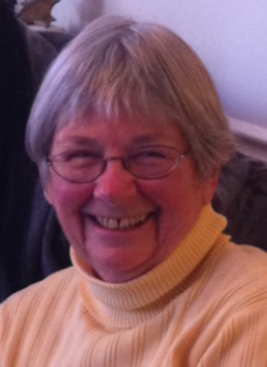 Lois F. Strickler, 94, of 178 Aldren Ave., formerly of Lakewood, NY, passed away Thursday, April 7th, 2022 at her home. She was born July 29, 1927 in Pittsburgh, PA, and was a daughter of the late Murray and Hazel Alberts Fahnestock. Lois graduated from Peabody High School in 1945. She attended Carnegie Institute of Technology and received a Bachelor's degree in fine arts in 1949. She began her career as an art teacher in Pittsburgh. She relocated to Jamestown in 1954 where she continued her teaching career in the Panama and Jamestown School Districts. After starting her family, she continued her love of the arts by substitute teaching in the Southwestern Central School District and teaching art classes of the YWCA. Lois was very giving of her time to the community. Her passion for the arts included involvement with the Weeks Gallery at Jamestown Community College and Infinity Visual and Performing Arts. She was an active member of First Presbyterian Church for over 60 years where Lois was an Elder on the Session, a Stephen Minister, and attended the Aging and Saging group. Lois enjoyed ice skating, sailing, music, travel and tennis. Her greatest joy was spending time with family and friends at the summer cottage at Van Buren Bay on Lake Erie. Lois was preceeded in death by her husband of 70 years, Kenneth W. Strickler, whom she married June 30, 1951 and who died June 10, 2015, and a sister, Jean Fahnestock, of Chicago, IL. She is survived by a brother, James Fahnestock of Southampton, NY; a daughter, Jeannie A. Strickler of Jamestown; a son, Douglas W. (Jana) Strickler of Bowling Green, KY; two granddaughters: Kristina Jackson and Courtney (Josh) Vesely; three great grandchildren: Cub, Phoenix and Rylynn all of Lincoln, NE; and three nephews, Robert Jr., William and Richard Goehring. A celebration of life will be held at a later date to be announced, with interment to be in Union Dale Cemetery, Pittsburgh, PA. Memorials may be made to the Chautauqua Region Community Foundation, 418 Spring St., First Presbyterian Church, 509 Prendergast Ave., both of Jamestown, NY 14701; Falconer Public Library, 101 W. Main St., Falconer, NY 14733; or to a charity of choice.

Share Your Memory of
Lois
Upload Your Memory View All Memories
Be the first to upload a memory!
Share A Memory