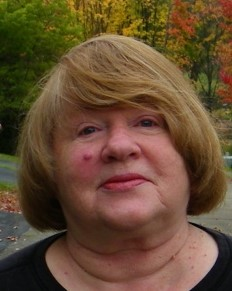 Obituary of Susan A. Fiorenzo

Susan Adele Jones Fiorenzo, 83, formerly of Greenhurst, NY died Sunday, May1, 2022 in Warren Manor, Warren, PA, where she received loving care the past 7 years. She was born October 7,1938 in Jamestown, NY, the daughter of the late Irene and Frank T. Jones, Jr. She was named after her mother, Irene "Adella" Christensen Jones, great-grandmother, "Adella" Esther White, and great-great-grandmother, Esther "Adella" Sylvester. Early in her childhood she exhibited her talents in art, writing, music, and creativity. She enjoyed playing the piano, but most of all enjoyed drawing for friends, family, and classmates. She was voted the most artistic female in her Jamestown High School graduation class of 1956 and described with "gorgeous red hair (which she had her entire life), Hypatians (girls debate club), palette and easel, commercial art, and "neat 'n sweet" in her yearbook. She studied at Syracuse University, College of Fine Arts and took additional courses at SUNY and Chautauqua Institution. She worked as a fashion illustrator in Denver, Los Angeles, Buffalo, Syracuse and Binghamton, NY. She briefly taught Adult Art Education and contributed to community programs through the YWCA and her church, Christ First United Methodist. She collaborated with her maternal aunt, Dorothy Hanson Brown, illustrating the story, "Fraser…..the Christmas Tree" and the book, " God and the Tree and Me" published by the Upper Room. Subsequently, she wrote and illustrated a self-published book entitled "Family Picnic", a story of the Jones family reunions during the 1940s and 50s. She produced numerous greeting cards under the name of "More than a Card". They included scenes of western New York and Batik suitable for framing. Some of her favorite places to sketch were Bemus Point, NY, Chautauqua Institution, and Chautauqua Lake. Prints of these scenes, buildings and homes were sold in gift shops around the lake. Sue had a long association with the lake, having attended Girl Scout camp during summers in her teenage years and enjoying many a family picnic at the Viking's Lake Park. She worked in numerous mediums - oil, acrylic, watercolor, pencil sketches, batik, and sewn pictures. Perhaps her favorite activity was dolls-both small and large, producing polyform doll sculptures and associated doll clothing. Another favorite endeavor was the paper doll series she created, "Victorianna". She was a member of the Jamestown Doll Study Club and a non-resident member of the Washington, DC Arts club, a volunteer for Crèche and a member of Christ First United Methodist Church. She was married to J. William Fiorenzo for over 25 years, living in Jamestown and Orlando, FL. Her home was always meticulously kept with a warm, artistic touch. She created numerous evergreen wreaths and beautiful arrangements incorporating pinecones, berries, colorful dried flowers and wildflowers or weeds. Sue had a heart of gold, hosting many family get-togethers. Surviving is a brother, F. Thomas Jones and sister-in-law, Sandra K. Jones of Gainesville, GA, their 3 children and 9 grandchildren. She is also survived by her stepdaughter, Julie Kimple of Palm Bay, FL, and her two children, who gave her much love and pleasure. In addition to her parents, she was preceded in death by her daughter, Jennifer A. Fiorenzo. A "Celebration of Life" will be held in June 2022 at the convenience of the family. Prior visitation will not be observed. Memorials may be made to Christ First United Methodist Church, 663 Lakeview Ave., Jamestown, NY 14701 or to Hurlbut Community United Methodist Church, 21 Scott Ave., Chautauqua, NY 14722.

Share Your Memory of
Susan
Upload Your Memory View All Memories
Be the first to upload a memory!
Share A Memory