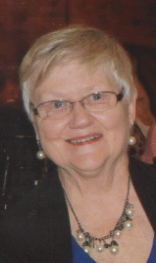 Suzanne Lindquist, 82, of 125 Indiana Avenue, died Monday May 9, 2022, in UPMC Chautauqua. A Jamestown resident all her life, she was born March 15, 1940, a daughter of the late William and Lucille Glad Nelson. She was a 1958 graduate of Jamestown High School and later received her certification as a dental hygienist. Throughout her career she worked for various dentists including Dr. Hunt, Dr. Nalbone and Dr. Sinatra. She was a member of Beta Sigma Phi Sorority and a local book club. Sue was a very social person who had many friends. She lived life to the fullest through the simple things in life. She enjoyed dancing, sunshine, the annual family trip to Emerald Isle, NC and going to the Vikings to sit by the lake with her family. Her grandkids all called her "Sweetie." Surviving is her husband of 62 years Vere Lindquist, whom she married March 30, 1960; three children Kathryn (Jeff) Ross of Fredonia, Robert (Josefa) Lindquist of Durham, NC and Kristin Lindquist of Concord, NC; seven grandchildren Benjamin (Jessica) Ross, Alexander (Lidia) Ross, Wade, Kaitlin, Kassidy and Jacob Moore and Arianna Lindquist and three great grandchildren Haley, Madison and Payton Ross. Besides her parents she was preceded in death by a brother Gerald Nelson and a sister Carole Ainey. Friends will be received from 1-3 and 5-7 p.m. Saturday in the Lind Funeral Home. A private service will be held at the convenience of the family. Memorials may be made to Myositis.org. You may leave words of condolence at www.lindfuneralhome.com.

Share Your Memory of
Suzanne
Upload Your Memory View All Memories
Be the first to upload a memory!
Share A Memory