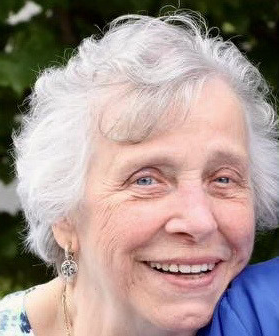 Get Directions
Thursday
26
May

Get Directions
Friday
27
May

Ann Brown, 86, of 4589 Fluvanna-Townline Rd., passed away early Friday morning, May 20, 2022, in her home. She was the widow of James J. Brown, Sr. whom she married December 29, 1954 and who died November 11, 2006. Ann was born July 19, 1935 in Saratoga Springs, NY and was a daughter of the late Joseph and Helen Hurley Uscavitch. Following high school, Ann earned Master's Degrees in both Administration and Special Education. She enjoyed a long teaching career, retiring in 1997 as principal of the Randolph Children's Home Academy. She was also a founding member of the area's Association for Children with Learning Disabilities (ACLD). A member of Holy Apostles Parish, Ss. Peter & Paul Church, Ann belonged to the New York State Teachers Association, a Porcelain Painters group, was an avid quilter, and also an involved Hospice volunteer. Additionally, she was active in Alanon and affiliated groups in Bemus Point. Ann is survived by two daughters: Barbara Cassevoy (Barry) of Lakewood, and Mary Beth Franchina of Jamestown; and four sons: James J. Brown, Jr. (Kimberly) of Rancho Cordova, CA, Daniel J. Brown (Joann) and David J. Brown (Beth), both of Jamestown, and Peter J. Brown (Lori) of LeRoy, NY. Also surviving are fourteen grandchildren: Barry Cassevoy, Jr. (Jodi), Alana Cassevoy and Cosette Cassevoy, both of Lakewood, James Brown III (Richelle), Mandolin Schwartz, Dawnee Singletary (David), Alyssa Pope (Chris), David Brown, Jr., Shayna Franchina, Taylor Franchina, Samuel Franchina, Jaimee Cesaro (Joe), Peter Brown, Jr (Sarah), and Kyle Brown; as well as ten great grandchildren. Along with her husband, James, and her parents, she was preceded in death by a sister, Katherine O'Connell and a brother, Joseph Uscavitch. A Memorial Mass will be celebrated at 10 a.m. Friday, May 27th in Holy Apostles Parish, Ss. Peter & Paul Church. Inurnment will be in Holy Cross Cemetery. The family will receive friends from 4 to 7 p.m. Thursday in the Lind Funeral Home, where a Christian Wake Service will be led at 3:45 p.m. prior to visitation. Memorials may be made to the Ellery Center Volunteer Fire Dept., 4400 Dutch Hollow Rd., Bemus Point, NY 14712; or Chautauqua Hospice & Palliative Care, 20 W. Fairmount Ave., Lakewood, NY 14750.