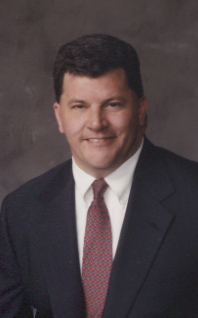 William Francis Duncanson, IV, of Bemus Point, NY, passed away after a lengthy battle with melanoma on Friday, June 24, 2022, in UPMC Chautauqua, while surrounded by his loving wife and children. William was born December 23, 1958, in White Plains, New York, a son of the late William F. Duncanson, III and Ann Toner Duncanson. He was a 1976 graduate of Southwestern Central School and earned his Bachelor of Science degree in Biology in 1980 from the State University of New York at Fredonia. He ultimately went on to receive his juris law doctorate degree from the Ohio Northern University Pettit College of Law in 1984. William began practicing law in 1985. He specialized in criminal and municipal law, serving part-time with the Chautauqua County District Attorney and Public Defenders office from 1988 until his retirement in 2018. Until his passing, William was a member of the New York State and Jamestown Bar Associations as well as serving as the town attorney for the towns of Gerry, Ellicott, Ellington and for the Village of Sinclairville. William also provided legal services to the community through the private law practice he operated. Friendships with his fellows in public and professional service were very important to him and brought William much enjoyment throughout his career. William was a communicant of St. Mary of Lourdes Roman Catholic Church, Bemus Point. He loved spending time with his wife and children vacationing in the Adirondack Mountains and at the Outer Banks, North Carolina. He was an avid reader, as well as enjoying gardening, model railroads, restoring vintage lanterns and doing home improvement projects. Surviving are his loving wife and best friend, Sandra R. (Ruszczyk) Duncanson, whom he married July 20, 1985 in Orchard Park, NY, his three children; Alexander Duncanson of Bemus Point, NY, William Duncanson, V (Ellie Trelstad) of Kansas City, MO, Elizabeth Duncanson (Matthew Gillaspy) of Anchorage, AK, his granddaughter; Michelle Gillaspy of Anchorage, his brother: James Duncanson of Gerry, NY, his sister; Ann (Ken) Crossley of Bemus Point, NY, as well as many nieces and nephews. He will be deeply missed by his family. Besides his parents, he was preceded in death by his two brothers, Gregory S. Duncanson who died October 27, 2017, and Mark J. Duncanson who died March 25, 2021. A Mass of Christian Burial will be celebrated at 10:00 am Thursday, June 30, 2022, at St. Mary of Lourdes Catholic Church, Bemus Point. The Rev. Todd Remick will be celebrant. Burial will be in the Holy Cross Cemetery. Family and friends will be received from 4-7 pm Wednesday, June 29, 2022, in the Lind Funeral Home where a Christian Wake Service will be led 6:45 pm Wednesday in the funeral home. The family suggests that memorials be made to the Roger Tory Peterson Institute, 311 Curtis St. Jamestown, NY 14701 or to Our Lady of Victory, Homes of Charity, 780 Ridge Rd. Lackawanna, NY 14218. You may leave words of condolence to William's family at www.lindfuneralhome.com.

Share Your Memory of
William
Upload Your Memory View All Memories
Be the first to upload a memory!
Share A Memory