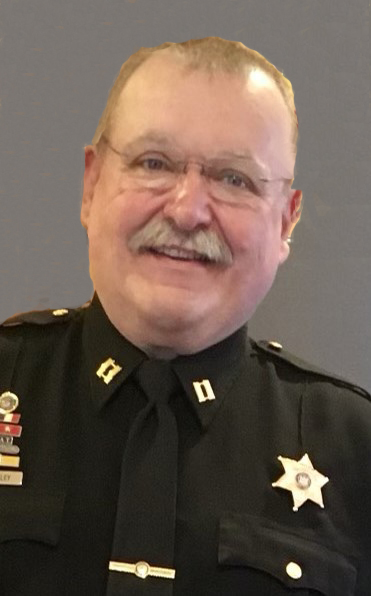 Captain David W. Bentley, 62, of Jamestown, NY, passed away unexpectedly on Saturday, July 9, 2022, in UPMC Chautauqua, following an incident on Chautauqua Lake. A lifelong resident of Chautauqua County, he was born October 27, 1959, in Jamestown, NY, a son of the late former Chautauqua County Sheriff John R. Bentley and the late Lorine Ann Magnuson Bentley. Dave was a 1977 graduate of Maple Grove High School and attended Hudson Valley Community College, Jamestown Community College, and the State University of New York at Fredonia. Captain Bentley began his career in law enforcement working for the Village of Fredonia and the Town of Ellicott, NY Police Departments. In 1985 he was hired by the Chautauqua County Sheriff's Department. He was currently overseeing the patrol and special teams' division including the SWAT Team and the Dive Team. Dave worked as a patrol deputy, on the DWI enforcement detail, and as an investigator with the Southern Tier Regional Drug Task Force. Captain Bentley was subsequently promoted to Patrol Sergeant in 1992, and then to Patrol Lieutenant in 2006. In 2008, he was assigned as Lieutenant in charge of the Southern Tier Regional Drug Task force for several years and was promoted to Captain in January of 2019. During his tenure with the Sheriff's Department, Captain Bentley was in charge of the SWAT Team, was a firearms instructor, and taught numerous topics at the Sheriff's Academy. He was also a graduate of the FBI National Academy, Session 236 in Quantico, Virginia in 2009. Captain Bentley was well known not only in the local law enforcement community but throughout all of the Chautauqua County community. He was involved in training most of the current active officers in all departments in Chautauqua County as a range instructor and field training officer. While he enjoyed the formal instruction, he was also a mentor to countless officers from many agencies during his career with the Sheriff's Department. Outside of his career, Captain Bentley was a draft horse enthusiast and longtime member of the Stateline Draft Horse Club and enjoyed showing his horses with his family every summer at the Warren County Fair. He was a noted outdoorsman and enjoyed hunting Chautauqua County and Chautauqua Lake as well as South Dakota with his brothers and son, as well as with his dog. He was known by all to be a crack shot. Captain Bentley is survived by his wife, Kimberly Peterson Bentley, whom he married July 22, 1988; his children, Erik D. (Kristen) Bentley of Mayville, NY and Kaitlyn L. (Charles Borton) Bentley of Jamestown, NY; his grandson, Sawyer Axel; two brothers, John R. (Jane) Bentley, Jr. of Lakewood, NY and James (Joyce) Bentley of Colorado Springs, CO; a sister, Ann L. Bentley of Jamestown, NY; his aunt and second mother, Marilyn Erickson of Bemus Point, NY; his mother and father-in-law, Allen and Mary Peterson of Jamestown; and many good friends including Joe and Ruth Kovatch and his hunting buddy "Bear." The funeral will be held at 11 am on Friday, July 15, 2022, in the First Lutheran Church, 120 Chandler St. Jamestown, NY. Rev. Daniel S. Rumfelt, Rev. Cameron Lienhart, and Rev. Joe Pascoe will be officiating. Burial will be in the Fluvanna Cemetery. Friends will be received from 2-8 pm Thursday, July 14, 2022, in the Lind Funeral Home. The family suggests that memorials be made to the Fluvanna Free Library, 3532 Fluvanna Ave. Ext. Jamestown, NY 14701; the Fluvanna Fire Department, 3536 Fluvanna Ave. Ext, Jamestown, NY 14701; or to the Chautauqua County 4-H, Carnahan Building, 221, James Ave. Jamestown, NY 14701.