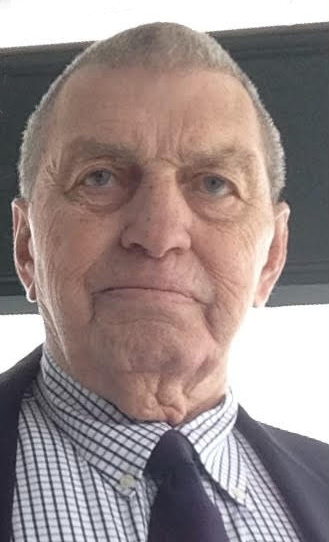 Howard T. Howlett, Jr., 84, of Lakewood, NY, died on Tuesday, July 26, at his home, surrounded by his loving wife and sons. Born on May 5, 1938 in Detroit, Michigan, he was the son of Dr. Howard T. Howlett and Lucille Winter Howlett, who predeceased him. He is survived by his wife of 59 years, Dee Ann Christy Howlett; his two sons, Howard T. Howlett III, of Bainbridge Island, Washington, and his wife Gretchen, and Donald Christy Howlett of Sarasota, Florida, and his fiancé, Kiersten Snyder; as well as his beloved grandchildren, Howard T. Howlett IV and Harrison Phillip Howlett, both of Bainbridge Island. He is also survived by a sister, Mary Lou Mabee, and several nieces and nephews. Howard had a storied career in the automotive and healthcare industries, locally, regionally, and nationally. After graduating from Ferris State University with a degree in printing and advertising, he began his automotive career working on the Buick Magazine while with the Evans Winter Hebb Printing and Advertising Co. in Michigan, before joining General Motors (GM) with the Chevrolet Motor Division Show Program. He was then promoted to Western New York district manager for Chevrolet, which prompted a move to Jamestown, NY. Following that, he opened the Howlett Cadillac-Olds-Pontiac dealership in Jamestown. If the automotive industry was his vocation, healthcare - and healthcare advocacy - was his passion. An untiring volunteer in healthcare, Howard served on the board of trustees of WCA Hospital for more than four decades and was a guiding force through the myriad of seismic changes that beset the hospital industry during his time on the board. He was selected to be on the founding board of the Southern Tier Health Care System (STHCS), one of the state's rural health networks. He served as that organization's chair from 2008 until his death. While there, he led STHCS through two relocations and its rise to being recognized as one of the most respected rural health networks in the state. He also chaired the board of directors of Starflight, the then, WCA based emergency medical helicopter service, for more than 20 years. His leadership there provided guidance through a series of transitions, ending with UPMC's assuming the service when it acquired WCA Hospital. Also, he was the founder of the Healthcare Trustees of New York State (HTNYS) in 1981, a group which became part of the Healthcare Association of New York State (HANYS). HTNYS has become the leading healthcare trustee advocacy organization in the state and one of the leading ones in the country. Howard was inspired to found HTNYS, based on his own ceaseless advocacy efforts for healthcare in both Albany and Washington, meeting with elected leaders in both capitols and educating them on what their votes meant to the hospitals in their districts - and their constituents. Admired for his knowledge and understanding of healthcare by both parties, he was able to straddle political differences and point out the wisdom of voting for - or against - certain legislation. Always a welcome figure in any elected leader's doorway, he knew the importance of informal talk with staff and elected officials and used his ability to explain complex healthcare issues in easy-to-understand terms. In 2005, he was one of the few non-healthcare personnel appointed to the New York State Commission on Healthcare Facilities in the 21st Century (also known colloquially as the Berger Commission), designed to reduce hospital beds - and hospitals - in New York State. Many credit Howlett's staunch defense of the importance of the state's rural hospitals, which had been a target for closure, for the Commission allowing most of those to remain open. He has served on several healthcare advisory boards, including at UPMC in Erie, PA. Also, in 2004, he was honored as the healthcare volunteer of the year by Business First. In lieu of flowers, the family requests donations be made to the Lakewood Volunteer Fire Department, 37 J.W. Packard Blvd., Lakewood, NY 14750. Following a private family service, a memorial service will be held at a later date to be announced by the Lind Funeral Home.

Share Your Memory of
Howard
Upload Your Memory View All Memories
Be the first to upload a memory!
Share A Memory