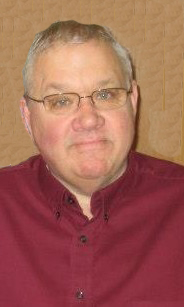 Peter F. Komarek, 71, formerly of Panama, NY, passed away on Wednesday, October 12, 2022, in the Heritage Village Rehab and Skilled Nursing Facility. An area resident for most of his life, he was born September 15, 1951, in Mineola, NY, a son of the late John and Teresa Sager Komarek. Following high school, he earned his associates degree from the State University of New York at Alfred. He was a member of the Panama United Methodist Church. He was the owner of the former New Era Sign Company in Jamestown for several years. Peter served on the Panama Central School Board of Education for many years. He was also involved with the Chautauqua County Youth Hockey Association and was a volunteer firefighter in both Panama, NY and Manhasset, NY, where he was a past fire chief. He loved watching and playing sports, excelling at baseball, football, and lacrosse in his youth and took up golf as an adult. He was an incredible cook and used those skills to show how much he cared for those who were important to him. Surviving are her two sons; Jonathan (Jessica) Komarek of Hudson, NH, Matthew (Amanda) Komarek of Fremont, NH, three grandchildren; Mason Komarek, Elena Komarek, Peter Komarek, and a sister; Marie Miller of Mt. Lebanon, PA. Besides his parents, he was preceded in death by his wife the former Paula J. Osborne Komarek whom he married August 24, 1975, and who died October 13, 2020. A memorial service will be held at a later date. Memorials may be made to Chautauqua Hospice and Palliative Care, 20 West Fairmount Ave. Lakewood, NY 14750 or to the Michael J. Fox Foundation at https://give.michaeljfox.org/give/421686/#!/donation/checkout.

Share Your Memory of
Peter
Upload Your Memory View All Memories
Be the first to upload a memory!
Share A Memory