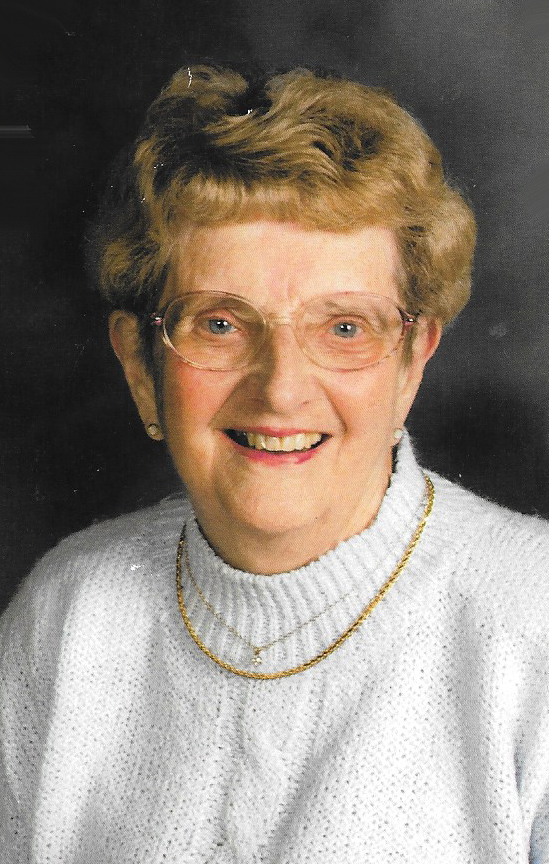 Andrea M. Hyde, 100, of Crossville, TN, formerly of Huron, OH, died Wednesday October 5, 2022, at the home of her daughter in Crossville. She was born December 18, 1921, in Ilion, NY, a daughter of the late Bernhard and Dorothy Willets Lind. She was a 1940 graduate of Jamestown High School. She enlisted in the U.S. Army during World War II and was stationed in England. There, she met her husband, A. Bert Hyde. They settled in Sandusky, OH, where they owned SanBay Chemical & Supply Company. She was an active, longtime member of Columbus Avenue United Methodist Church. She moved to Crossville, Tennessee, with her only child in 2014 and lived at the Good Samaritan facility. She enjoyed golfing, bowling, sewing and hand work. Surviving are a daughter Lynne (Edward) Schwaberow; three grandchildren Chad (Katherine) Schwaberow, James (Ivory) Schwaberow and Andrea (Jeff) Eads; eight great-grandchildren, Savannah, Sierra, Emma, and Quinn Schwaberow, and Madilyn, Jack, Dorothy, and Guster Eads and a brother Herbert "Skip" (Louanne) Lind. Besides her parents she was preceded in death by her husband A. Bert Hyde, whom she married July 5, 1945, and who died October 18, 1992, three sisters Marguerite Lind, Ruth Donelson and Carol Kindberg and two brothers B. Rodney Lind and Robert C. Lind. A memorial service will be held at 10 am Saturday October 22, 2022, in the Lind Funeral Home. Inurnment will be in Lake View Cemetery. Visitation will not be observed. Memorials may be made to Hospice of Cumberland County, 30 East Adams St, Crossville, TN 38555 or Good Samaritan, 100 Samaritan Way, Crossville, TN 38558. You may leave words of condolence at www.lindfuneralhome.com.

Share Your Memory of
Andrea
Upload Your Memory View All Memories
Be the first to upload a memory!
Share A Memory