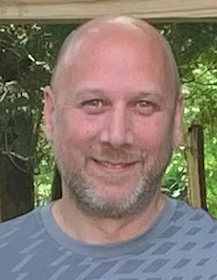 Jason R. Carlson, 49, of Jamestown, passed away unexpectedly on Sunday, October 16, 2022. He was born May 13, 1973 in Phoenix, AZ, son of the late Steven and Gail McPherson Carlson. Jason was employed for over 20 years at Anderson Precision as a Production Manager. Jason will be remembered for his kind and generous nature, mixed with his sarcasm and quick wit. He had a long dedication to the Pittsburgh Steeler, along with Red Zone every Sunday afternoon, loved his crazy and fun nights hanging out with friends and family, and interjecting a laugh or a highly inappropriate comment along the way. He also enjoyed many hobbies such as rebuilding a Monte Carlo with his good friend Seth, home improvement projects (if he didn't have something, Amazon did!) and most recently a love for houseplants. Who knew a "plant of the month club" was a real thing? Surviving is a brother, Adam (Gail) Carlson; aunts and uncles, Barb McPherson, Linda Botsko, Dave McPherson and Tim McPherson; grandmother, Barbara McPherson; as well as several cousins. He also leaves behind his chosen daughter, Adriana Platt, who he raised and loved more than anything, and longtime partner, Jessica Platt. Jason will be missed greatly here on earth, but he will finally be reunited with all those he loved and missed so much, his mom and dad, grandparents, brother Christopher, and his good friend, Joe Pintagro. Friends will be received from 1 to 4 p.m. Saturday, October 22nd in the Lind Funeral Home. No funeral service will be observed. Memorials may be made to your favorite charity.

Share Your Memory of
Jason
Upload Your Memory View All Memories
Be the first to upload a memory!
Share A Memory