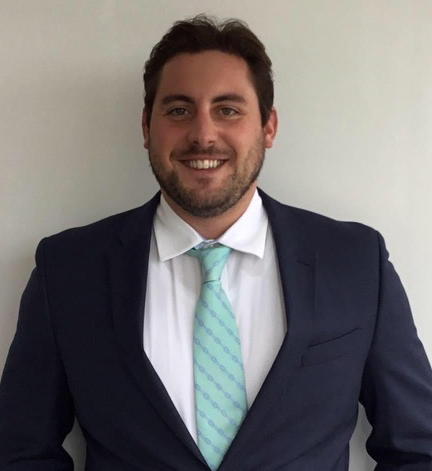 Sean Joseph Cirbus of Rochester, NY, died unexpectedly on Thursday, December 1st, 2022. He was 31 years old. Sean was born in Jamestown, NY on April 24, 1991 to James and Kathleen Cirbus. He was raised in Bemus Point and graduated from Maple Grove High School (2009). Sean received a Post Graduate degree from Northfield Mount Hermon (2010) before earning a B.S in Neuroscience from the University of Michigan (2015). Sean also completed further studies in implantable cardiac devices at Prep MD in Boston, which led to a career with Boston Scientific. Sean had a lifelong passion and dedication to the sport of hockey, beginning at the age of 4. This led him to play on several Junior Hockey teams including the Buffalo Stars and Jamestown Jets. He also played four years of ACHA hockey at the University of Michigan, including two National Championships, and being selected as captain his senior year. Sean had a passion for adventure. You could find him hunting and fishing with his dad, golfing, and boating with family on Chautauqua Lake, downhill skiing out West and traveling the world. An avid sports fan, Sean also loved cheering on his beloved Michigan Wolverines, Buffalo Bills, and Buffalo Sabres. Sean is survived by his fiancé Rachel Maier, of Rochester NY with whom he shared his life, along with dogs Maverick and Sergeant and cats Huck and Finn. Sean is also remembered by the extended Maier and Rath families. Sean is survived by his parents, Dr. James and Marcia Cirbus of Bemus Point, NY. He is also survived by his sisters, Kristin Cirbus and wife Holley Tyng of North Yarmouth, ME, Dr. Jamie Cirbus of Nashville, TN, and Anna Tranum of Bemus Point, NY, as well as one brother, Lawton Tranum of Bemus Point. Sean also had a precious new nephew, Ryan Carnright Cirbus of North Yarmouth, ME. Also surviving are grandparents, Dave and Cameron Lawton of Cassadaga, NY and a grandmother, Lillian O'Brien of Lewiston, ME, along with many loving aunts, uncles, and cousins. Always surrounded by laughter, Sean leaves behind many teammates and friends, who he considered brothers and family. Sean was preceded in death by his mother, Kathleen O'Brien and paternal grandparents, Joseph and Ruth Cirbus of Buffalo, NY. Sean will always be remembered for his generous spirit, charismatic personality, contagious laugh, and bright smile. We are eternally grateful for all of the love and support from family, friends, and neighbors. In lieu of flowers, memorials may be made to the Sean Cirbus Scholarship Fund through the Chautauqua Region Community Foundation. Funeral arrangements will be handled by Lind Funeral Home with private services at a later date.

Share Your Memory of
Sean
Upload Your Memory View All Memories
Be the first to upload a memory!
Share A Memory