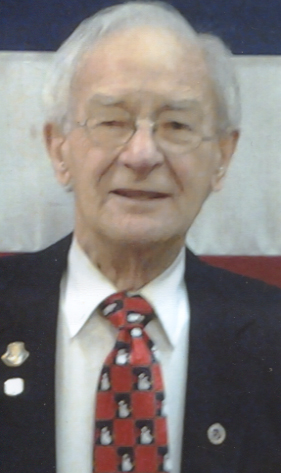 Paul Arnone, 98, of Jamestown, NY, passed away on Tuesday, December 6, 2022, in UPMC Chautauqua. An area resident for most of his life, he was born July 13, 1924, in Anita, PA, a son of the late Salvatore and Stella Arnone. At an early age, Paul had a fascination with ships and decided to enlist in the U.S. Navy before he was drafted and placed elsewhere. He enlisted on December 12, 1942, and following boot camp at Sampson, NY, he enrolled in the Signal Corp training program. He served as a signalman on a Landing Ship Tank (LST) during the D-Day Invasion at Normandy on June 6, 1944. As a proud veteran of World War II, he served from 1942-1945 and received the American Campaign Medal, the European African Middle Eastern Medal, the Asiatic Pacific Area Medal, and the World War II Victory Medal. In 2014, he made a return trip to Normandy during the 70th anniversary of the D-Day Invasion. In 2019, he received the French Legion of Honor Award in Conneaut, Ohio. This is the highest distinction that France can bestow upon those that have done remarkable deeds for France. Before his retirement, he was a manager for the former Super Duper Market and had also owned his own grocery store on Fairmount Ave. in Jamestown. He was a member of the former Immanuel Lutheran Church where he sang in the church choir. He also was a member of the Viking Male Chorus, the Lakewood Rod & Gun Club, and several veteran organizations in the area. He loved fishing, camping, and spending time around the many bonfires he had with his family. Surviving is a son; Stephen P. (Sue) Arnone of Jamestown, NY, twin daughters; Peggy Hammond of Murrells Inlet, SC, Paula (Kris) Tourtellotte of Myrtle Beach, SC, 15 grandchildren, 21 great grandchildren and 16 great great grandchildren. Besides his parents, he was preceded in death by his wife, Carol Carlson Arnone, whom he married September 28, 1946, and who died September 20, 2003, four brothers, Joseph, Tony, Dominic, and Charles Arnone, a sister, Emma Swan and his special friend, Phyllis Lindahl. The funeral will be held at 2 pm Monday in the Lind Funeral Home. The Rev. Daniel S. Rumfelt will officiate. Burial will be in the Sunset Hill Cemetery. The family will receive friends from 1- 2 pm Monday, one hour prior to the service in the funeral home.