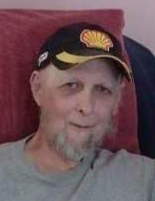 Glenn M. Hamilton, 71, passed away unexpectedly Monday evening, December 12, 2022 at his home in Lakewood, NY. He was born October 23, 1951 in Herkimer, N.Y. and was the son of the late Edwin and Thelma Sperl Hamilton. Glenn was a 1969 graduate of Panama Central School where he participated in several sports, including football and basketball. He was then employed for over 40 years by TitanX, retiring in 2013. In his earlier years, he played softball and bowled in several bowling leagues. He later enjoyed coaching his son's sports, especially hockey and soccer, and going to all their games and practices. Glenn was also a great fan of the Buffalo Bills, Buffalo Sabres, NY Yankees and NASCAR. Glenn is survived by his wife of 51 years, Phyllis Tichy Hamilton, whom he married September 18, 1971; three children: Wendi Hamilton-Nagy of Celoron, Jeffrey Hamilton of Lakewood, and Joshua (Samantha) Hamilton of Esperance, NY; three granddaughters: Ashleigh Nagy, Nicole (Jeff Wilson) Nagy, and Kelsey Nagy; a great-granddaughter, Camilla Grace Wilson; as well as a special cousin and friend, Audrey Morley of Inverness, FL. He was preceded in death by his parents, and a stepbrother and two stepsisters. A private family service will be held. Visitation will not be observed. Burial will be in the Grant Cemetery in Niobe, NY. Memorials may be made to the Chautauqua County Youth Hockey Alumni Assoc., P.O. Box 266, Jamestown, NY 14702; or Chautauqua County Humane Society, 2825 Strunk Rd., Jamestown, NY 14701.

Share Your Memory of
Glenn
Upload Your Memory View All Memories
Be the first to upload a memory!
Share A Memory