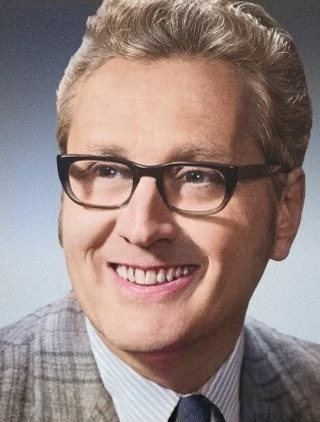 Obituary of Leo A. Wilcox

Leo Arthur Wilcox, 99, of Jamestown, NY, passed away at 6:18 pm Friday, January 13, 2023, in UPMC Chautauqua. He was born June 29, 1923, in Ripley, NY, a son of the late Allen and Emma Marek Wilcox. After his graduation from Jamestown High School in 1941, Leo joined the U.S. Army Air Corps and became an aerial photographer for the 398th Bomb Group stationed in Nuthampstead England. While there, he met the love of his life, Isabelle McEwan. Following his tour of duty, he brought Isabelle to the United States and attended the Ohio University in Athens, Ohio. He graduated with honors and returned to Jamestown, NY and worked part time as a photographer for the Randolph Register Newspaper while also beginning his career as an independent insurance agent with Nationwide Insurance. For over 35 years, Leo owned and operated the Leo Wilcox Insurance Agency in Jamestown winning many awards during his tenure. He was very proud of building his family home himself where he lived with his wife and his four beloved daughters. Leo was happiest mowing his meticulously kept property, making sure the swimming pool was crystal clear so that his children and all eight grandchildren would be sure to enjoy the homestead every day during the countless family gatherings. He enjoyed telling jokes and especially reading out loud articles of interest. He would receive phone calls from people agreeing with him after reading his many "Letters to the Editor" believing that "less government interference the better we would all be". Leo was a member of the Ingjald Lodge 65, Independent Order of the Vikings, the Thule Lodge 127, VASA Order of America, the 398th Bomb Group and the Veteran of Foreign Wars. He is survived by his loving daughters, Terri (Russ) Cusimano, Maureen (Jeff) Dimas, Elizabeth ( late Tom) Chase, Nannette (Tim) Doolittle; eight grandchildren: Kellie (Eogan) O'Donnell, Tricia (Andy Jordan) Cusimano, Adam (Cristen)Dimas, Erik ( Linnea) Dimas, Brian (Kim) Chase, Kyle (Amanda) Sorenson, Megan (Mark) Roetzer, Rebecca (Greg) Van Tassel; eight great grandchildren: Alexandra O'Donnell, Lily and Helena Dimas, Thomas Chase, Hannah and Wyatt Sorenson, Reagan Dimas, Nora Roetzer, step-great grandchildren: Kyle, Ian, Elisa, Olivia and Luke Jordan, as well as several nieces, nephews and cousins. Besides his parents, he was preceded in death by his wife of 70 years, Isabelle McEwan Wilcox who died November 19, 2015, his brother, Elmer Wilcox, and his son-in-law Thomas M. Chase. The funeral will be held at 11 am Saturday, January 28, 2023, in the Lind Funeral Home. Burial will be in the Fluvanna Cemetery. Friends will be received for one hour prior to the service on Saturday in the funeral home. In lieu of flowers, memorials may be made to Chautauqua Hospice and Palliative Care, 20 West Fairmount Ave. Lakewood, NY 14750 or to the Wounded Warrior Project at www.woundedwarriorproject.org. You may leave words of condolence to Leo's family at www.lindfuneralhome.com.

Share Your Memory of
Leo
Upload Your Memory View All Memories
Be the first to upload a memory!
Share A Memory